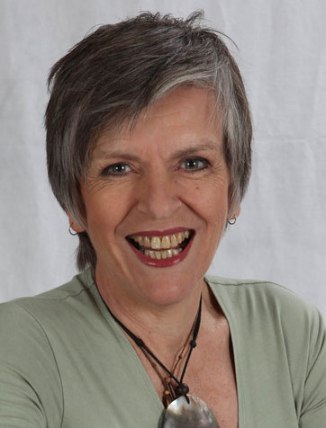 One day you find yourself asking:

You want to see the shape of your life from the outside. Like a snail crawling out of its shell to see what it has made of its life and how that life has moulded its flesh.

You want to take this life off and stand naked wearing only the face you had before you were born.

“Who is this creature I call myself?” you say.

“What makes this patch of humanity tick?”

So you sit down and make a list of all the things you can remember (it’s not as long as you expected) and you gather together all the pieces of paper and the photos, and the cards, and the letters and you remember an old video someone recently remastered and send an email about getting hold of it.

And you think “I’d better start at the beginning, go about this systematically”. 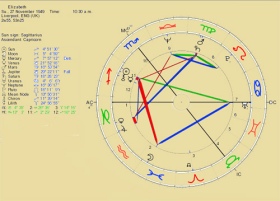 So you download a copy of your Birth Chart
– Sun in Saggitarius, squared to the Moon in Pisces – indicating, depending on your astrologer, any or all of the following:

And you google “Liverpool 1949” and find this old newsreel and by now you are thinking:

Yes there could be a story here. Maybe I could tell it. Yes I think I can see the shape of it. But how do you finish a story that doesn’t end?

So what is the first memory?

I am sitting in the sun in my pram waiting for Nana to come round the end of the hedge and through the gate. I know she is coming because I see her stick waving over the top of the  hedge and hear her voice calling: “Yoo-hoo where’s Nana’s little darling?”

And then you realise this is ridiculous you can’t possible be remembering this. And you hear your mother’s voice telling it and realise it’s just one of the family stories about your life. And here’s another (It doesn’t quite fit with the first story, but whoever said families are rational places to grow up in?)

“You didn’t stop crying for the first two years of your life. The doctor even gave me phenobarb for you – I used to  give you a quarter in a spoonful of jam but it kept you more wide awake than ever. In the end I used to give you a baby aspirin on the tray of your high chair mixed in with a handful of dolly mixtures and it worked like a charm.”

Hmmm…Phenobarbitone – the origin of my interest in ‘organic chemistry’. You can’t get it any more except for vetinary purposes. The preferred method of voluntary exit. Speaking of which, that brings to mind another family story, whether true or not I don’t know, and my father, who told it to me, is dead.

So the story is that my Dad was doing his residency after finishing his medical degree at the Liverpool University on a post-war Returned Serviceman’s grant and there was a guy on one of his wards who had terminal cancer and was in such pain that he begged my father to help him die.

This request was repeated consistently over a period of time and his condition was getting worse so finally my dad went around to all the different stashes of morphine in the hospital and nicked just a bit, until he had what he thought was definitely enough to do the trick.

So just before he went off duty he administered what he thought was a lethal dose to his grateful patient and went home to a sleepless night struggling with his conscience and, of course, the fear of discovery.

But, he needn’t have worried. As he went into the ward the following morning, expecting to see an empty bed, he was hailed by a cheery voice :

“Hey Doc whatever that was you gave me last night I never slept better in my life!”

I loved my Dad.

But to get back to the dolly mixtures –  I’ve always wondered what they were – this was a story not a memory – although if I thought about it often enough I’m sure I could turn it into a memory. [Memories: stories we can ‘inhabit’ and which we believe to be true?] I know they were some kind of lolly, or ‘sweet’ as my mother would call them.

Let’s check them out on Google images: yes they still exist; there’s hundreds of images to choose from, although I see they are referred to as retro on some sites.

How many times does a thing have to happen in a family before it becomes a ‘you always’?  I remember a family ‘you always’ of mine –‘You always burnt the potatoes.’

It all started when we used to have to take it in turns to cook the potatoes for dinner when we got home from school. We had mashed potatoes every day, pretty much, except when we had a roast on the weekend. Mum was working at this stage, going in to Dad’s surgery for a few hours each day to do the accounts and the cleaning.

So how the hell are you supposed to cook the potatoes without burning them? Stand guard over the pot or something? I thought I could get away with having a little read while they cooked, only to be brought back to reality, every time, by the smell of burning.

And that ‘little read’ still catches me out. What it is that makes some you alwayses stick and others fade over time?

And the verbotens how does that work? Of all the many verbotens I have come up against in my life the only one that went straight in and stuck was: “Darling you must never leave the wordrobe door open when you go to sleep – it’ll warp the hinges.” This, from my mother just as I was drifting off to sleep, and to this day, if I’ve left the wardrobe door open, I have to get out of bed and close it before I can sleep.

What was it that made that prohibition stick, when even the threat of hell-fire wasn’t glue enough for all those others?

Of Family Trees and Famous Ancestors

5 thoughts on “A Journey Round My Self”